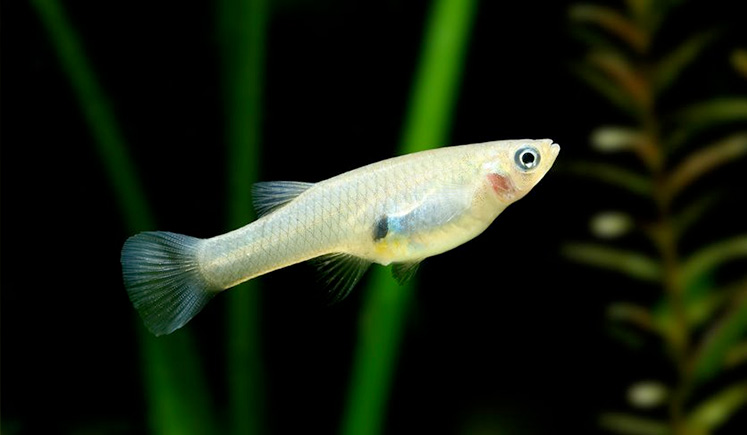 Mosquitofish is a hardy Livebearer fish that is able to thrive in most water conditions. Mosquitofish are rarely found at pet stores since they are now considered as an invasive species. A lot of countries originally brought them into their water ecosystem to help control mosquitoes since they love to eat mosquito larvae. However due to their fairly hardiness and ability to out-compete other fishes for the mosquitoes larvae, they’re now considered an invasive species in several countries.

Those who owns them generally keeps them in their backyard water garden or ponds where they help control mosquitoes. They are able to tolerate really cold temperatures and poor water quality. You can also keep them in a home aquarium tank if you prefer.

As always, never release your fish into the wild if you don’t want to keep them, Mosquitofish especially since they have a reputation for being an invasive species. Donate them to someone if you no longer have the time to take care of your Mosquitofish.

Tank Region: Swims in the middle and near the top.

Mosquitofish are omnivorous but mainly feeds on insect larvae. They especially love to eat mosquito larvae which is why they were given the name Mosquitofish. They can also feed on fish fry if there are any present. Given their diet requirements, most Mosquitofish owners keeps them in their backyard water garden or pond to help control mosquito and other insects that lays their larvae in the water. They can also help keep your backyard water garden or pond algae-free since they also feed on algae.

If these natural food cannot be presented, you can also feed them processed fish foods like flakes and pellets.

Mosquitofish are pretty aggressive fishes and they’re known fin-nippers, so try to avoid keeping them in a community tank with Fancy Guppies or any fish with a long fin. They are fairly fast swimmers as well so don’t keep them around slow swimmers otherwise they’ll eat all their food!

They are fine when kept with their own species though.

Male and Female Mosquitofishes – What are the Differences?

Mosquistofishes are extremely easy to breed, they don’t require any special requirements or adjustments to their water parameters in your aquarium tank or pond. If you have a male and a female, there’s a good chances that your female Mosquistofish is already in labor.

If you would like your fry survive, try adding some hiding spots or plants. Otherwise the adult Mosquistofish would eat their fry if they spot them.