Identifying Between a Male and Female Guppy Fish 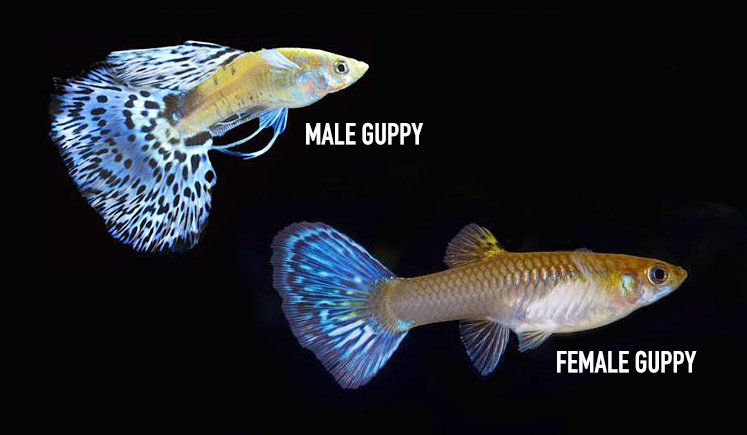 To tell between the sexes of a male or female Guppy fish apart is actually very easy once the fish reaches adolescence. In some fishes, the differences between males and females are quite subtle, but the male and female Guppies have very different appearances, making them easy to distinguish from each other.

It’s nearly impossible to tell the sex of a Guppy or any Livebearer fry. Earliest you can tell is one week after they’re born once they have reach adolescence stage. After one week, the female Guppy would have developed their gravid spot. Try using a magnifying glass and a flashlight if you have trouble looking for it.

Here’s How to Tell the Differences between a Male or Female Guppy Fish:

Read our Breeding Guppies and Livebearers guide to learn more about how to breed Guppies and learn how to take care of their fry.